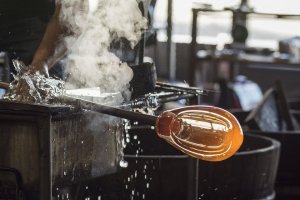 This day-long symposium on Saturday, November 2, will provide a unique opportunity to learn about the role Toledo played in the creation of the American Studio Glass Movement and the continuing legacy of that movement in the city. Centered on the recent master’s thesis by Bowling Green State University graduate Kaysie Harrington titled “The American Studio Glass Movement: A Regional Study of Its Birth in Northwest Ohio” (December 2018), the symposium will include comments by scholars of the history of Toledo glass and the studio glass movement as well as by contemporary artists of the studio glass movement and collectors of their works. The event is co-sponsored by the Libbey House Foundation, the BGSU College of Arts and Sciences and its Department of History, and the BGSU School for the Arts.

Afternoon sessions will feature moderated panel discussions by studio glass artists and early collectors. The symposium will conclude with audience discussion led by Marc Folks, executive director of the Arts Commission of Greater Toledo, on how the city can continue to build on the legacy of the movement to spur creativity and economic development throughout the city.

The cost of the day-long symposium, including morning refreshments, lunch, and a wine-and-cheese reception, is $50, or $40 for students with valid school ID. Due to facility size, registration is limited to the first 50 persons. All proceeds benefit the Libbey House Foundation in its efforts to preserve the home of Edward Drummond Libbey, the founder of the glass industry in Toledo.

Register early to reserve your space.