You are here: Home / News

Exciting News at the Libbey House 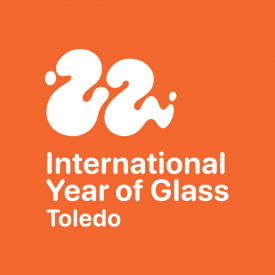 CELEBRATE THE YEAR OF GLASS
IN THE GLASS CITY

Toledo has earned the title of “The Glass City” through its long history of innovation in all aspects of the glass industry. In celebration of the United Nation’s International Year of Glass, more than a dozen local organizations have joined forces to highlight our region’s rich history in glass and manufacturing, to showcase the birthplace of the Studio Glass Movement and our vibrant art scene today, and to celebrate Toledo as the epicenter of the glass industry. Dozens of events including lectures, tours, workshops and a dynamic art & music festival are planned to take place in Toledo throughout 2022 in celebration of the International Year of Glass. Join us to learn, create and experience Toledo – The Glass City.

The International Commission on Glass (ICG), the Community of Glass Associations (CGA) and ICOM-Glass are promoting 2022 as a United Nations International Year of Glass to underline its scientific, economic and cultural roles and celebrate several anniversaries. Glass supports many vital technologies, facilitates sustainability and a green world and enriches our lives, yet often goes unnoticed.

Support came from 1500 Universities and research centers, societies and associations, museums, artists, educators, manufacturers and companies in 78 countries on 5 continents. The formal resolution was agreed at the United Nations General Assembly on May 18, 2021, declaring 2022 as a United Nations International Year of Glass. Year 2022 will celebrate the essential role glass has and will continue to have in Society.

Celebrating Glass around the World

The vision of a United Nations International Year of Glass (IYoG2022) is to celebrate the past, present, and future of this transformative material following the United Nations’ goals in Agenda 2030. Specifically to: 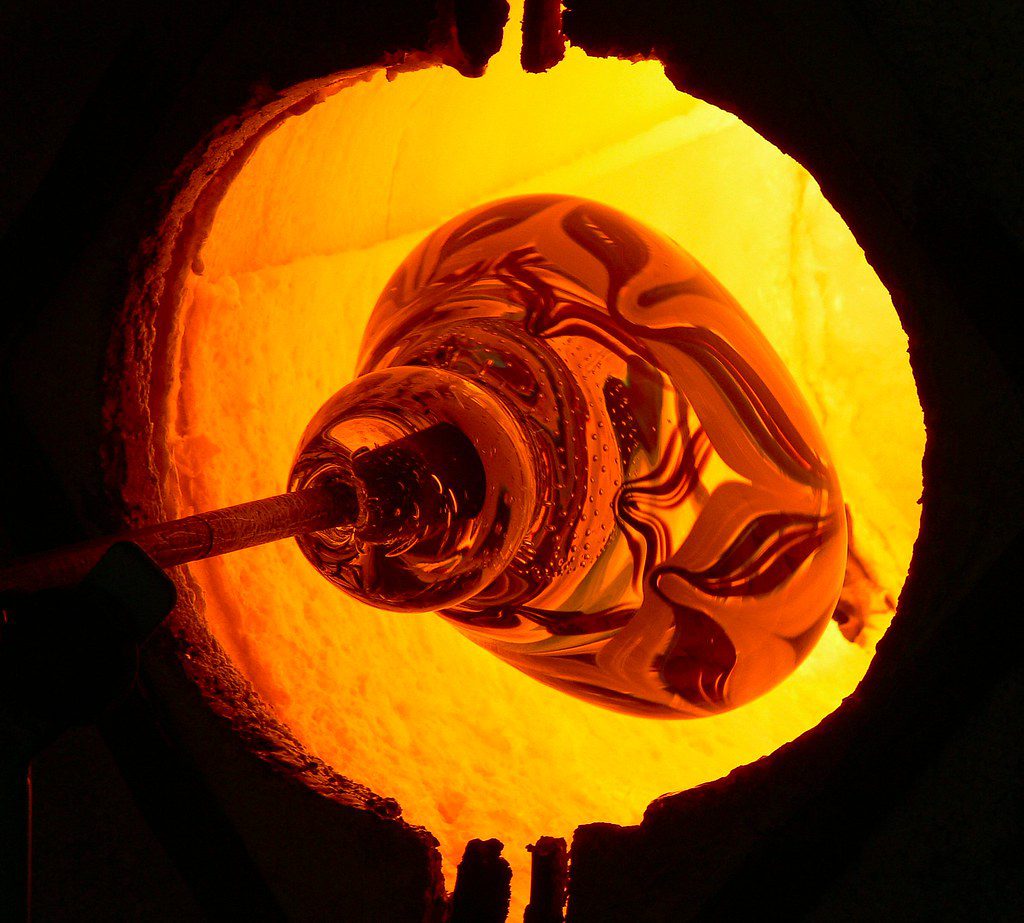 With its unparalleled versatility and technical capabilities, glass in its many guises has fostered innumerable cultural and scientific advancements: 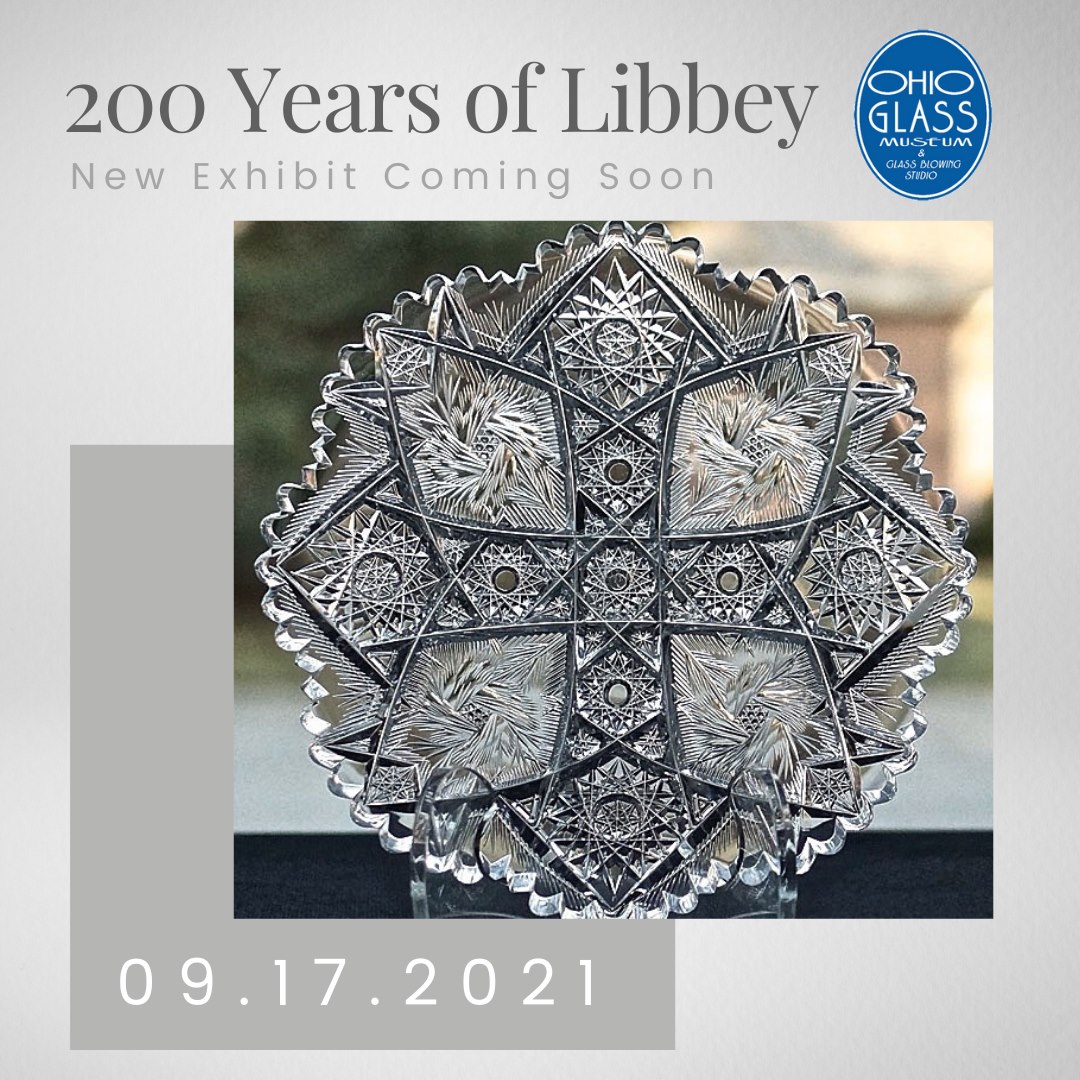 The Libbey House Foundation is proud to partner with the Ohio Glass Museum with objects from our collection on loan for this exhibit, 200 Years of Libbey! This exhibit will showcase some of the expansive collections and fascinating innovations made by Libbey, Inc., over the past 200 years.

About 200 Years of Libbey:
Libbey, Inc., which traces back to 1818, has called Toledo home for more than 130 years, ever since Edward Drummond Libbey moved the company to there in 1888. Libbey has been a pioneer of innovation and design in the glass industry, which will be showcased in this exhibit. You will see some of the beautiful, hand-crafted cut glass from the 1800s, breathtaking designs by Arthur Douglas Nash between 1931 and 1935, bottles from Owens Bottle Machine Company, a company the Libbey Group formed in 1903, and trend setting patterns from designer Freda Diamond and more recently Robert Zollweg.

Help us celebration the 125th anniversary of the Libbey House, a National Historic Landmark.  The Libbey House Foundation is hosting four lectures that examine the legacy of Edward Drummond and Florence Scott Libbey in Toledo this fall on a date to be determined.

Join us this fall for a Victorian Tea at the Libbey House. As part of the celebration of the 125th anniversary of the Edward and Florence Scott Libbey House, the Libbey House Foundation is hosting an afternoon of tea as it might have been hosted by Mrs. Libbey in 1895. Three seatings for tea will be available on a date to be determined at 11:30 a.m., 1 p.m., and 2:30 p.m. in the parlor and first floor of the Libbey House.

Visit our EVENTS page for more information and tickets. 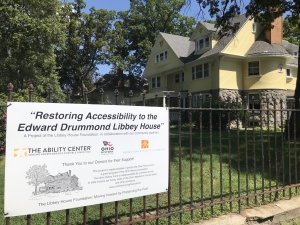 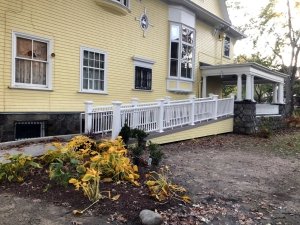 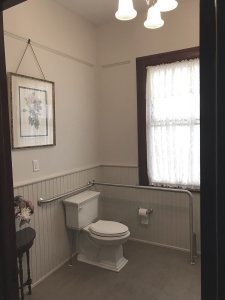 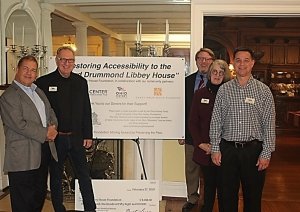 This year, in collaboration with The Ability Center of Greater Toledo, and an Ohio History Fund Grant from the Ohio History Connection, and your generous support, we were able to make Toledo’s only National Historic Landmark accessible to all as we constructed an exterior ramp on the house and an ADA compliant restroom on the first floor. 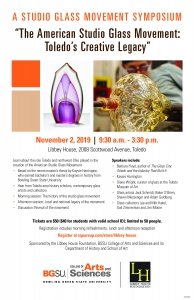 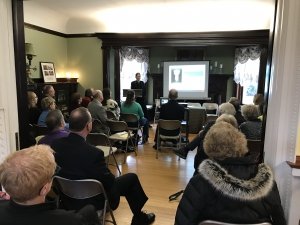 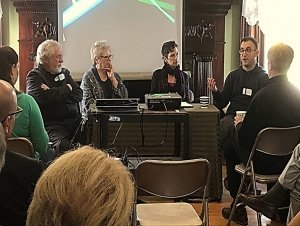 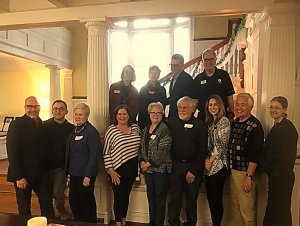 Toledo earned the nickname “The Glass City” because it is the home of four glass corporations that sell their industrial products around the world. But Toledo is also where a major artistic movement began, based on the production of art glass, in small glass studios.

The Libbey House Foundation, in collaboration with Bowling Green State University and its Department of History and School of Art, hosted a symposium exploring Toledo’s role in what became known as the American Studio Glass Movement.  The day-long symposium held on November 2, 2019 from 9:30 a.m. to 3:30 p.m. at the Libbey House featured historians, curators, artists, and collectors who discussed not only the history of the founding of the movement in a garage on the grounds of the Toledo Museum of Art in 1962, but also the legacy of that movement.

The American Studio Glass Movement began when Toledo Museum of Art director Otto Wittmann invited ceramics artist Harvey Littleton to present an experimental workshop on glassblowing at the museum. While initially Littleton struggled to make his small glass furnace work, his friend and glass researcher Dominick Labino provided the technical expertise to overcome the early problems. Seven people attended the first glassblowing workshop. By 1969, the museum built a Glass Crafts Building to handle the number of artists who wanted to participate in the creation of glass art. Littleton and Labino’s techniques led to what is an international movement today led by artists like Dale Chihuly and Lino Tagliapietra.

In addition to Kaysie Harrington’s BGSU MA thesis, “The American Studio Glass Movement: A Regional Study of its Birth in Northwest Ohio” (December, 2018), who presented her research, the event included remarks by Barbara Floyd, author of The Glass City: Toledo and the Industry That Built It; Diane Wright, curator of glass at the Toledo Museum of Art; glass artists Jack Schmidt, Baker O’Brien, Shawn Messenger, and Adam Goldberg; and glass collectors Lee and Milt Hakel, Gail Zimmerman, and Jim Moore.

Marc Folk, executive director of the Arts Commission of Greater Toledo, wrapped up the symposium by leading an audience discussion of the impact of the movement on the city and its possible role in the future development of Toledo. 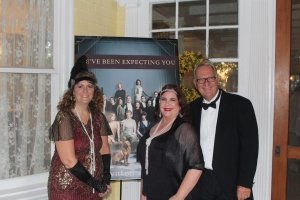 The Libbey House celebrated “The Abbey Weekend” in British style prior to the premier of the movie based on the award-winning series Downton Abbey on PBS Masterpiece.  The weekend kicked off with an entertaining lecture on September 13th, where guests had a glass of wine and appetizers while they heard what was happening, at our house and Downton Abbey across the pond, at the turn of the century. 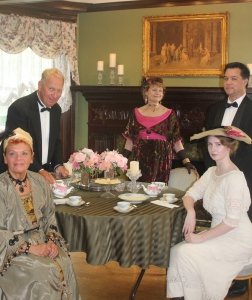 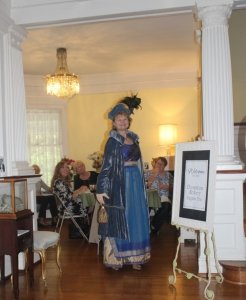 A Victorian Costume Ball was held on September 14th, and an English Tea was held on September 15th.  The weekend concluded with a vintage style fashion show of authentic Edwardian English Fashion exhibiting the designs of Kathy Dowd, creator of authentic historical garments.  The fashion show featured 15 models wearing reproductions of styles of the period appropriate for all of the many social occasions of the upper classes of the time.  Commentary described how each garment reflected the characters of “Downton Abbey.”